From the Rockmine Almanac for today (Monday 16th March):

In The Mail
1959. RCA Records in New York receive an anonymous letter informing them that plans have been made for a Red Army soldier to kill Elvis Presley during his tour of duty with the U.S. Army in West Germany. The company takes the letter seriously enough to forward it to the F.B.I.
What followed was one of the most bizarre cold war intrigues. The F.B.I. took the the threat seriously enough to assume that it was in fact a KGB plot based on their fear of the effect that rock music might have on Russia’s subjugated youth. All of Elvis’s German contacts were vetted and in the case of his homosexual barber, replaced to minimize any potential assassination attempt.

In Court
1978. Gary Glitter (34) is fined £ 100 and banned from driving for 18 months when he appears at Salisbury Magistrates Court. He admitted driving his Rolls Royce with excess alcohol in his blood last October.

In Hospital
1971. Kim Payne, roadie with the Allman Brothers Band is shot through the right thigh by an off-duty motorcycle cop who tries to give him a ticket for speeding in the band’s hometown of Macon, Georgia. The official (police) version of events is that Payne resisted arrest and broke free as the cop was trying to cuff him. Payne, on the other hand, says the cop couldn’t get the handcuffs over his leather gloves and when he started laughing the cop erupted and shot him. Bleeding profusely, Payne blacked out in the parking lot where the shooting happened. Had he not been rushed to the emergency room he could easily have bled to death. He was later charged with speeding, disorderly conduct and resisting arrest. When he appeared in court later in the month, Payne was found guilty of speeding and resisting arrest and fined $ 200.

1970. Rowan and Martin’s Laugh-In (NBC, U.S.A.) with Tiny Tim. All of Tim’s performances on Laugh-In are on YouTube. I think this is the right one for this date but it may not be!

Death
1968. Tammi Terrell (real name Tammi Montgomery) dies of a brain tumour at Graduate Hospital in Philadelphia. She was diagnosed last year after collapsing into Marvin Gaye’s arms onstage during a duet of “That’s All You Need To Get By”. Since then, she had undergone six operations but they were unable to save her. 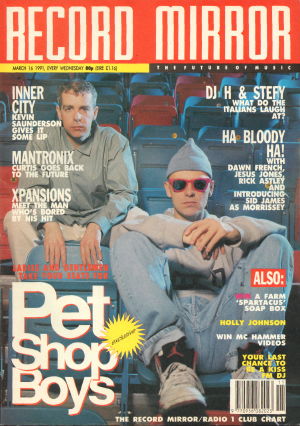 There was a really good piece in the Observer Music Magazine in which Paul Morley discussed the availability of musical knowledge.

The trouble with much of it lies in verification. Wikipedia, as we now know is full of inaccuracies but potentially no more than any other cyclopedia. Since it’s inception, Rockmine has tried to be the authoritative source for information. I am human and therefore, there are mistakes but the policy throughout has been to reverse engineer the history of music. Not to go looking for what books have said over the years but rather, to go back to the nearest authority. That means going back to the closest account of an event. For more than two decades, I’ve scoured daily papers, checked court filings, made lists of TV schedules and accumulated several million pieces of paper to back up what I think I know.

So, Rockmine and the Rockmine Almanac are built on a vast resource that is in the main totally wasted on giving you a handful of music related stories every day? I don’t think so. I don’t care about being the biggest, the fastest or the coolest. All I care about is ensuring that when I post a piece of information here or on Rockmine.com, it is correct. Now, before you point it out, I am aware there have been instances when my databases have failed me.

Over the years, I provided background information for everyone from the BBC to MTV and the Sunday Sport to The Washington Post. Unfortunately, that’s in the past and this is a different age both electronically and economically. Regardless of that, information still has value.

The Rockmine Almanac is vast but I want to do something with it. My initial plan is to make a concise version available as a book with a page-to-a-day format. It will probably only be 5% of the information I have but I think people still love dipping into something as tactile and satisfying as a book. Regular readers among you will be aware that I had hope to have it out by now but realistically, we’re talking about a month before I upload it to Lulu.com. It will be published by Rockmine but printed on demand by Lulu, although it will be available to order throughout the world. Some of what will be in the book can be found here or elsewhere on Rockmine for free.

Gathering the information for that and everything else on Rockmine is not without cost. My daily newspaper bill has in the past been frightening although I’ve now cut down greatly. Travelling to libraries and parking while I do my research all adds to the cost of providing what is a free service. So, as of today, in an effort to help pay some of the many bills I incur along the way I’ve added a donation button to this blog and also Rockmine’s main site.

I know some of you may find this offensive but it all helps to cover my costs which are constantly rising. Anyone making a donation of £ 1 will get their name on a donor’s page and anyone making a donation of £ 5 or more will get a permanent link to their home page or commercial website from a link page on Rockmine. Maybe this goes against the ethos of a free internet but it now seems pretty commonplace. Feel free to comment and let me know what you think.

As well as the donation button, you’ll also notice I’ve added a search facility to the blog so you can now search every entry. I’m also looking at adding a number of other widgets but I’ll discuss those more tomorrow along with what’s happening with the Rockmine Almanac.